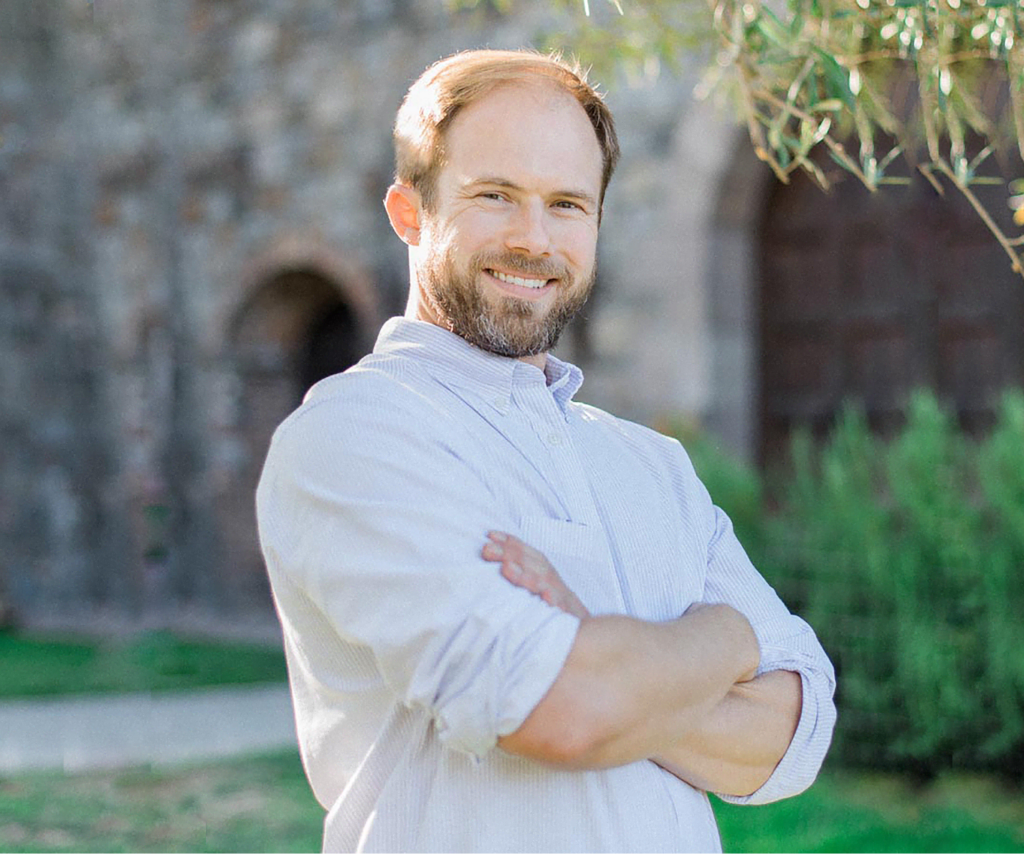 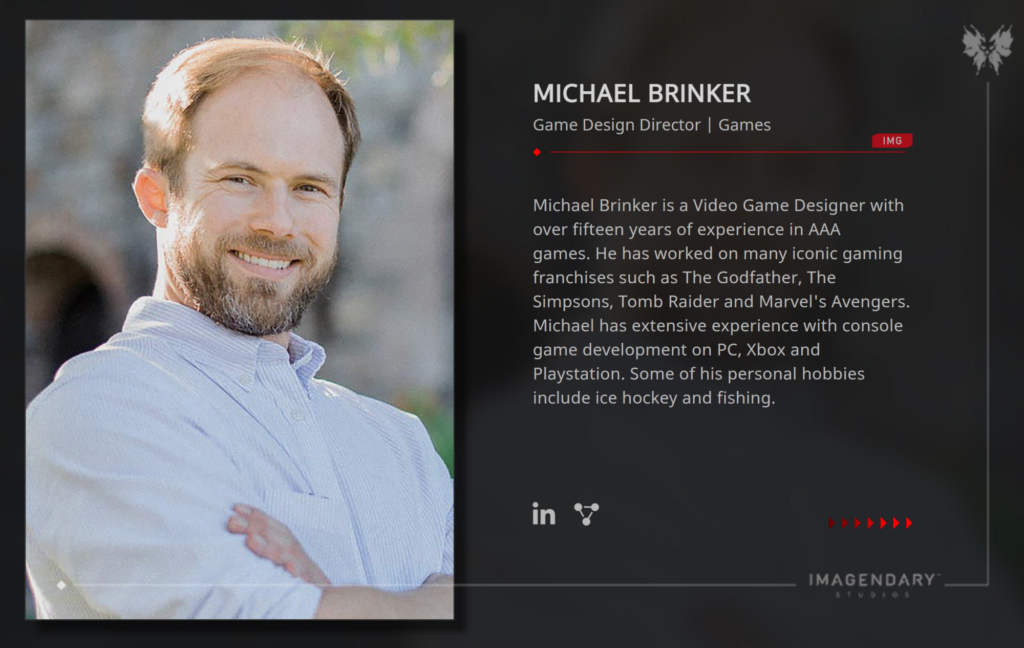 Imagendary Studios has announced the appointment of Michael Brinker to the position of Game Design Director in its Irvine, CA studio. Michael brings over 15 years of experience in AAA games from first class studios and publishers in the gaming industry to Imagendary, a studio founded in January 2021 and later acquired by FunPlus. 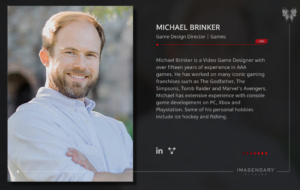 Michael joins an assembled team of award-winning AAA veterans from the video game industry’s most recognized studios. With a wealth of AAA development experience among its teams and a passion for innovation in entertainment, Imagendary Studios aspires to become a next generation pan-entertainment content creator and developer with the goal of creating premium quality products for the global market that push the boundaries between games and movies.

Michael Brinker has led multiple tier 1 AAA games franchises and we’re thrilled to have him onboard to continue delivering incredible results with us thanks to his exceptional experience,” said Ryan Pollreisz, Head of Studio at Imagendary. “Our goal is to grow as a pan-entertainment studio delivering the most exciting products and innovations, and we’re happy to have Michael on board for the ride!”

As the new Game Design Director, Michael Brinker brings many years of AAA games experience having worked on iconic titles and game franchises such as The Godfather, The Simpsons, Marvel’s Avengers, and Tomb Raider where Michael was able to help reboot the Tomb Raider franchise, from taking on a lead design role for the sequel to reimagining the legendary gaming icon Lara Croft. With more than 15 years of development experience on PC, PlayStation and Xbox consoles, Michael has extensive knowledge in level, world and system design as a developer for major AAA studios. He served as Lead Designer and Spokesperson for his games at Crystal Dynamics in the last decade. Michael started his career as Game Designer at Electronic Arts.

Imagendary studio is currently working on its first original AAA development using Epic Games’ latest Unreal 5 Engine, the first animated short-movie of which will be released later this year. The studio is led by Wei Wang, a high-profile ex-Blizzard Principal Artist, renowned for his work on franchises such as World of Warcraft, Diablo, HearthStone, Overwatch, and StarCraft, and Ryan Pollreisz as Studio Manager, with over 20 years experienced of film-making experience with Academy Award Winning titles such as Golden Compass, Life of Pi and Spiderman: Into the Spiderverse.

In addition to Michael’s arrival, the studio has announced the expansion of its operations in both Asia and the US. In little more than a year, the studio has already grown to more than 150 employees between its Irvine, California and Shanghai offices. The team continues to recruit world-class talents from the global market to build a truly diverse international first-class content creation team. They project to add another 100 employees in North America within the next two years.

NEXT ARTICLE
Behind IP Incubation: Our Authors
Our founder, Wei, once remarked, "A good story must endure. With this in mind, our...